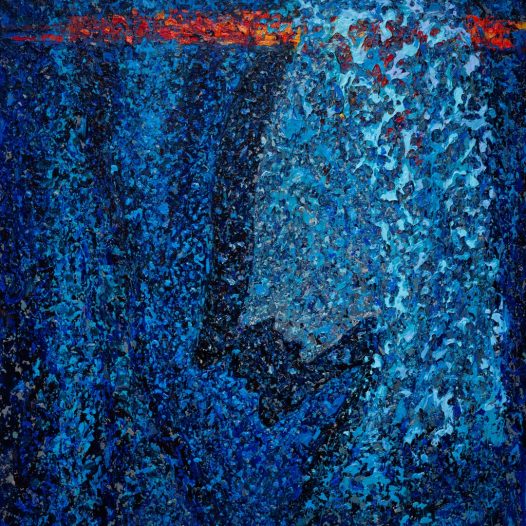 Why do I feel so bad? Why do I not know what I want? What role am I supposed to play? Why is the outside world so mean and hostile? Am I going mad? What is my disease? Am I a fake? How can I find peace of mind? What if I’m all the time wrong?

These and many other agonizing questions without answers never leave our heads during periods of manic moods, which arise when we take life too seriously:

“Man suffers only because he takes seriously what the Gods made for fun.” – Alan Watts

Currently I’m a satisfied servant of the financial industry. All I do is analyze financial news, charts, annual reports, scientific speeches, random numbers. Every time I feel a rising flood of anxiety, self-doubt or boredom, I switch to Alan Watts. It helps. I am sure he can help you too.

I was born in a soviet-then country, I love my parents, I did well at school, I was good in math, I hold 2 MA’s from different universities, I like reading, I speak 4 languages, I prefer poker to chess, tennis to soccer, I’ve spent couple of years in a foreign country, I feel comfortable in solitude, I consider myself  smart, I like travel, I have an analytical job, I smile when I look at the mirror. But.. Do I really like myself?

No matter if my answer is Yes or No, there’s also another me. You, like me, should also know the feelings of anxiety, self-doubt, the sense of being lost, the fear of critique and failure. Highly likely that you also have experienced long periods having the impression that life somehow happens to you, that you don’t truly have a skin in the game and that you don’t genuinely experience the being.

For quite some years everything in my life seemed hard and complicated, and I wasn’t getting any better for a prolonged period of time. I am not an expert in psychology so I can’t really generalize why we end up in such unfavorable mood states. In retrospect the logic for my personal misery was quite simple: too high demands on myself packed with too high expectations, couple successive misfortunes at professional and personal domains. And the way out of a depressed condition is very long and mainly unknown to a person at the beginning of recovery.

I write it all with the aim to highlight how many odd questions which I outlined at the beginning stopped to continue arising in my head when I ran into a remarkable personality of Alan Watts. And I started listening to his speeches and lectures and reading his books. It is not that only he healed me, but his contribution to my mental betterment was enorm.

“One of my missions in life, if I have any, is to show humans how to use their imaginations and enjoy themselves through being disabused of the notion that money and prestige have, in themselves, material reality.” – Alan Watts

The works of this british born philosopher, writer and speaker are more than 50 years old, but I am sure they will remain timeless forever. He considered himself as an entertaining philosopher, and one realizes why as soon as one starts listening to his countless speeches on Youtube or Spotify or, the best, by getting his works and at the same time supporting his legacy on https://alanwatts.org/.

What I have learned from him:

We all look for personal authenticity as an escape when we feel alienated in the world. But we are the children of our environment regardless whether we accept and acknowledge it or not. This means humans are interconnected and in need for each other a lot more than we realize. So I’ve learned not to overdo with being at a distance to others.

“Every individual is a unique manifestation of the Whole, as every branch is a particular outreaching of the tree.” – Alan Watts

He answered the eternal question which bothered me for ages: Why is that that I don’t know what I want? He gave me two very short, and at the same time two exact answers: Firstly, I already have it. I subconsciously have what I want and deserve, even if I try to convince myself that I do not like it and would like my current condition to change. Secondly, it will never be possible to find an exact answer to what you want, because you never can. Because you will never fully know yourself.

Comprehension of it has been a relief.

“Trying to define yourself is like trying to bite your own teeth.” – Alan Watts

He introduced and thoroughly explained philosophies behind eastern religions of Buddhism, Hinduism and Zen Buddhism. Being raised in a Christian tradition I could not objectively judge the influence the Christitanity had on my worldviews. The direct and detailed comparison of eastern philosophies allowed me to comprehend what it means to live in a society which for many centuries developed under the huge impact of catholic church.
In order to grasp what a western culture really is, we have to study other religions, and Alan Watts did it for us and left treasures to be found for everyone.

“I am more interested in religion as feeling and experience than as conception and theory. When something “happens” to you, be it tragic or comic, hideous or delightful, the Hindus and Buddhists say it’s your karma—which doesn’t mean punishment or reward, as if someone were keeping books on you, but simply your own doing.” – Alan Watts

He persuaded me not to be too serious. He showed me how it is important in life to be playful. To be sincere.

He helped me, the westerner, to grasp what a meditation really is and how to meditate in an understandable and uncomplicated manner. Alan’s voice has a meditative character in itself, so I encourage to listen to all his public speeches and lectures. It will take some time.

The books I’ve read and can recommend are:

The Wisdom of Insecurity: A Message for an Age of Anxiety
The Book: On the Taboo Against Knowing Who You Are
The Way of Zen
In My Own Way: An Autobiography
Become what you are

Alan Watts’s philosophy forced my analytically and logically structured mind to re-learn to live life with ease, to value my ongoing environment, to adore nature, to forgive people. He shaped my thinking about how I look at things and made me perceive with my bones that life is to be experienced and participated, not simply learned, applied and witnessed.